Reggae Artist Mackey Solo will be gracing us with his presence and performing live songs from his hit album #TrueConfessions at Night Mist Saturday April 30, 2016. 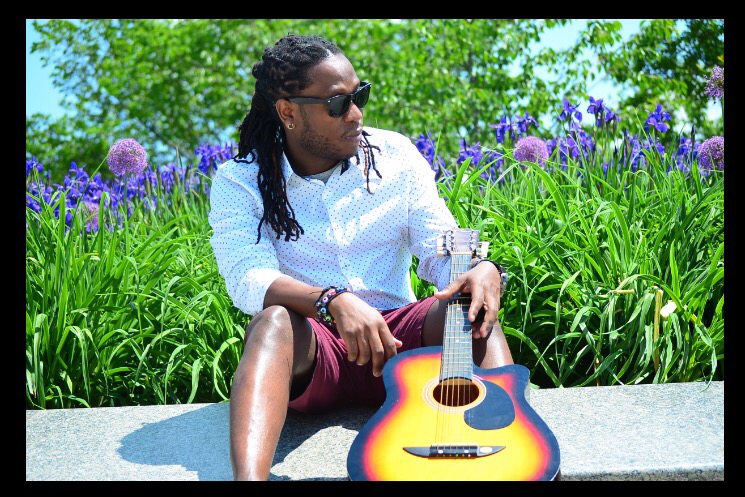 Mackey Solo released a mixtape in 2013 entitled “Blue Moon”. The Blue Moon mixtape was influenced due to the originality and unique reggae music in the DMV and in Jamaica. In 2014 Mackey Solo released his second mixtape entitled "Rich In Love." Rich In Love is a compilation of a few popular songs of 2013-2014 and can be found on Soundcloud. Mackey also promotes and performs his hit singles "The Way You Make Me Feel" and "Hate On Me". “My music speaks for itself, you just need to listen and give it a chance. I promise that you will feel it", says Mackey.

Mackey Solo has also performed at many Jamaican Dancehall/Reggae events over the past few years, including The Baltimore Jerk Fest and Reggae in the Capitol. Some of his most memorable moments was performing alongside and opening for artist such as Johnny P, Lisa Hyper, Voicemail, Chris Martin, Morgan Heritage and other local DMV artist. He has been on several radio station interviews (WLVS, WPFW 89.3 FM and DJ Fonzarelly, Red Heart, a Virginia based Internet radio station and most recently by Ricky Platinum on Ragashanti's Tambourine Internet Radio station).

His latest accomplishments includes performing live as an opening artist for international superstar Mavado at the Bliss nightclub in Washington, DC in April 2015. His hard work and dedication has not gone unnoticed by his peers. In April 2015, he also received a Reggae Music Award for Best Vocalist at the Washington DC 18th Annual Reggae Music Awards including the Washington DC 17th Annual Reggae Music Awards in April 2014. Mackey Solo has no intentions of slowing down. When he is not performing you are most likely to find him in the studio working on dub sessions with his producer Biggs Productions or setting up covers which you can also find on YouTube, Facebook and Instagram. Music is for the world to hear. It moves and increases volumes for the mind, body and soul. Rock with Mackey Solo and you will forever move to the beat!